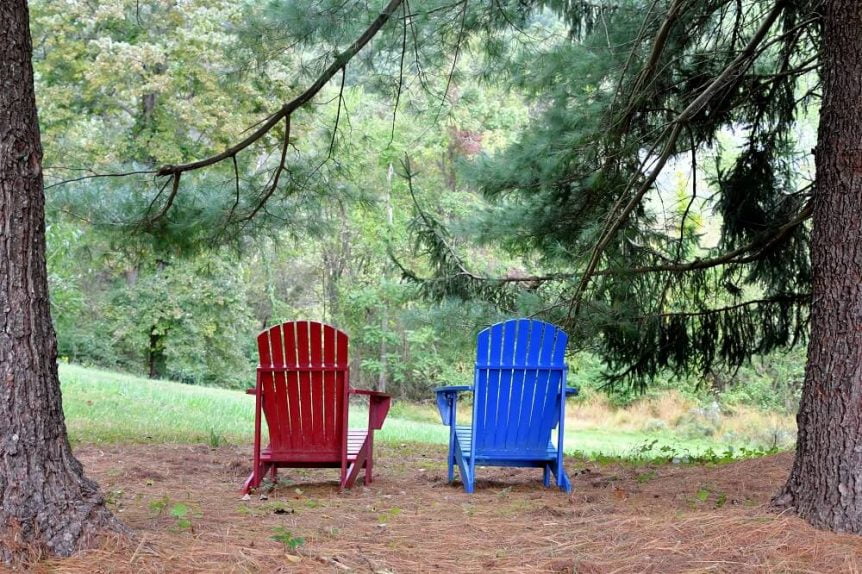 Camping is a very popular pastime; about 40 million people go camping in the United States every year. This temporary detachment from everyday life is a great way to relax and reconnect with nature. Here is a glimpse into how camping originated in the U.S. and how it grew in popularity.

The popularization of camping in the United States was largely thanks to the Father of the Outdoor Movement, William Henry Harrison “Adirondack” Murray. Murray was a pastor who loved to vacation in the North Woods, or Adirondack region, in upstate New York. Murray gave lectures on the Adirondacks which proved so popular that he published an article series based on them. In 1869, Murray published the book Camp-Life in the Adirondacks, a personal account of his love of the North Woods. In it, Murray wrote about the Adirondacks’ beautiful scenery and praised the health-restoring power of the wilderness. This book was a huge success and soon thousands of people were traveling to the Adirondacks on vacations in what was called “Murray’s Rush”, using Murray’s how to camp instructions and maps as a guide.

Camp-Life in the Adirondacks was instrumental in popularizing the Adirondack region as a retreat into the wilderness. After the Civil War and the surge of industrialization, life was becoming increasingly urbanized and fast-paced. Many people took Murray’s advice as a way to escape city life and its physical toll, rushing north to experience the breathtaking and healing views of the great outdoors. The first summer of this occurrence proved especially unlucky for “Murray’s Fools”, named for their inexperience with camping and encounter with constant rain, swarms of blackflies, and few available rooms. However, after that year’s disappointment, Murray was proven right and camping became more popular than ever.

Hart Lake in the Adirondack Region

“Murray’s Rush” dramatically spurred the growth of hotels and camps in the area. Hundreds of hotels were built by 1875, but guests also started staying in tent camps to be even closer to nature. These camps became more permanent over time and eventually evolved into cabin compounds. Among the tourists looking for an escape from urban life was the extremely wealthy. During the Gilded Age, the rich and elite also traveled to the woods for a rustic yet luxurious experience. Wanting to avoid the crowds, they built their own exclusive camps known as Great Camps.

Great Camp buildings thrived between the 1880s and 1920s as wealthy land buyers bought up the cheap and expansive areas of land to build their luxury retreats. As the hotels in the region became more advanced, the camps grew larger and more elaborate, some even including bowling alleys and tennis courts. To avoid the expense of shipping in materials, these camps were built from logs, bark, and granite native to the area, creating the classic rustic style known as “Adirondack Architecture”.

Around the same time the Great Camps were being established, many new social and recreation clubs were formed in the Adirondack region. Among these clubs was the Lake Placid Club which held a strict exclusionary policy against Jewish people and other religious and ethnic groups. Discrimination from this and other Adirondack clubs led wealthy Jewish people to create extravagant Great Camps of their own. Many Great Camps on the Saranac Lakes, such as Knollwood Club built in 1899, were built by wealthy Jewish buyers. This is because the land there was owned by William West Durant, a wealthy designer and developer who was willing to sell to any buyer.

Starting with these Great Camps and similar camps out west, camping grew in popularity and soon became a staple of American life. At the end of the Gilded Age, the roaring 20s pushed even more people to go camping as the middle class grew and people had more free time. The creation of National Parks also contributed to the popularity of camping, along with the advancement of cars and trains. Since then, camping popularity has been steadily increasing and remains a favorite summer activity.